JFormDesigner 7 is in active development and not feature complete.

As a consequence, if you're using a JFormDesigner IDE plug-in, your IDE now needs to run in a Java 8 (or 9) VM. That's one reason why we dropped support for older IDE versions. See new System Requirements.

Follow JFormDesigner on Twitter to get informed of new EA builds, which we'll plan to publish bi-weekly.

Please give it a try, download it and report bugs. Thanks.

Users of the IntelliJ IDEA plug-in are recommended to update to 6.0.2.

Users of the Eclipse plug-in are recommended to update to 6.0.1. 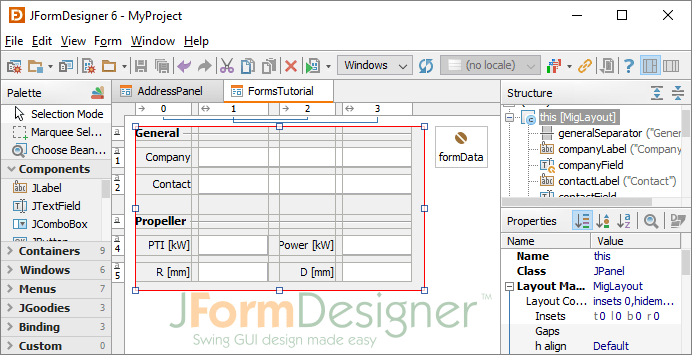 See What's New in JFormDesigner 6 for the significant or more interesting changes or have a look at the change log for a complete list of changes.

Customer information: JFormDesigner 6 is free of charge for existing customers if the "Free updates until" date of your license key is 2016-01-01 or later. If not, then you can order upgrades here.